This is *Katie Anne Clark. The asterisk (*) denotes that she is a member of Actor's Equity. We felt that her performance in this photo was worthy of marking this distinction. 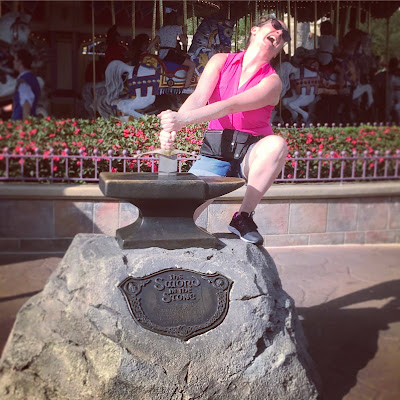 We occasionally refer to  Katie as "Kaddy," or as, "our wife."

Kaddy is the only friend that RSVP'd for Lenni's elaborate 30th birthday festivities in Disney World this year...

...but no hard feelings over here for a couple of reasons... 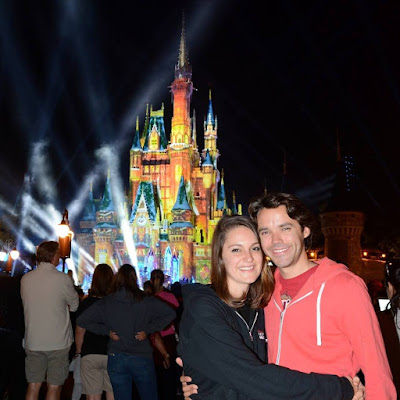 We understand that Disney World is NOT a vacation. It is straight up WORK and getting it right takes skill. Also, Disney can be ridiculously expensive, even when budgeting with careful precision! 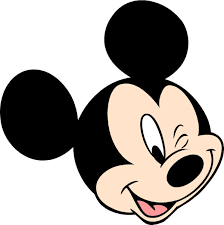 In this post, we will share the "Dis-takes" we've made, and the hacks we've discovered when taking on that magical mouse.

So why JetBlue? JetBlue is by far our favorite airline for domestic trips...that is mostly because we have never flown on any other airline. Also, Lenni is a "fearful flyer" and prefers consistency when possible. 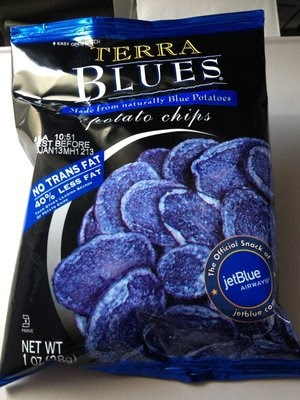 But, seriously, who doesn't like Terra Blue Chips, the official chip mascot of JetBlue Airlines,  and their own mini-tv screen that will undoubtably be re-running episodes of FRIENDS?

This includes JetBlue direct flights to and from Orlando, a 4-night stay at the budget friendly Disney's All-Star Music Resort, and two 4-day park base-tickets (one park per day).

Dirty Disney Hack #1: We also are coming to understand and navigate the True Blue Member Rewards Program. You earn 3-points for every dollar spent and you can earn additional points by taking on-line surveys for which you qualify! You can literally spend all day taking surveys about what fabric softener you prefer AND pay your travel fare!

Now the dollar to point conversion rate for flights doesn't make for a super lucrative system, but as we've calculated, in about 6 more annual Disney trips using Jet Blue, we should be able to cover the cost of our airfare with points...this monumental point accumulation will  at least conveniently coincide with our 10-year Disney-versary!

Lenni made the silly mistake of creating  a True Blue account and not signing in before booking flights. Fortunately, if you are like this dum-dum, CALL the JetBlue True Blue Program: 1 (800) 538-2583. They will retroactively transfer points for trips made within 12-months!

Jet Blue, you get an A+ for customer service!

Ok, but the Disney's All-Star Resorts are so BASIC... Exactly! The All-Star Resorts give you everything you need at the lowest price. Now remember, it's essentially a long weekend, so we are talking about a CRASH PAD in terms of accommodations. There is no need for fancy digs if you are spending the majority of the time in the parks...and like, what else are you actually doing in your hotel room other than sleeping? Adult stuff? GET OUT- you're too grown up! 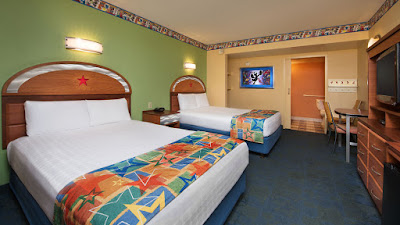 Dirty Disney Hack #2: Also, All-Star Resorts are some of the MANY Disney resorts that provide complimentary transportation between the airport and resort on Disney's Magical Express... Don't make the mistake we made the first time we went by NOT STAYING DISNEY...pool shuttle fare from the airport was almost $100, and we were the LAST hotel stop...such a waste of time and money!


So why the 1-Park per day ticket instead of the Park Hopper? In the past we've always done the Park Hopper, but we've typically only had 2-days to do the 4-parks we wanted to do: Magic Kingdom, Epcot, Hollywood Studios, and Animal Kingdom. In that case, Park Hopper is essential.

Dirty Disney Hack #3: On our upcoming 4-day trip, we can leisurely give each park a full day (Animal Kingdom we can do in half a day, so we will be doing that on our final day before we catch our evening flight home). In this case, we save $150 that would have been spent on Park Hopper tickets for 4-days.

Is it cheaper in March?   We decided to take this trip in March for one reason alone: 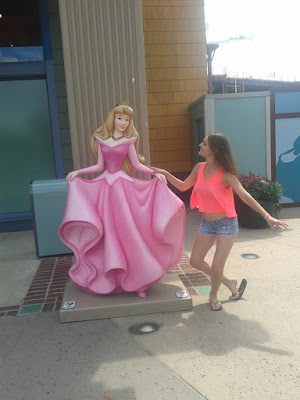 LENNI'S 30th BIRTHDAY IS IN MARCH AND SHE'S A DISNEY PRINCESS!!

Dirty Disney Hack #4: We have found that outside of school vacation periods and the holiday season, our trips to Disney have been pretty comparable in terms of price. The key for us is to book early on a credit card that offers travel rewards or points, and to pay it off in monthly increments. You can even apply some of the points from your transaction to paying off that trip! We have always booked our Disney trips about 6-10 months out and always charge it on a Travel Rewards Credit Card (see Dirty Disney Hack #7). Having a monthly payment towards the total helps to make the cost more manageable, and the travel points that you can accumulate will be super helpful for future travel.


So HOW cheaply have you done Disney?
It will be tough to keep this March trip under what we've paid before, but remember, we are staying 4 nights instead of 3, so it's all relative (and it's Lenni's 30th birthday...)!


The CHEAPEST that we've tripped to Disney was during mid-September, just in time for Fun Fall decorations!

Due to a SICK Park Ticket hook-up that a friend's boyfriend had with his uncle who worked in the park, we paid just the sum  of the flight and 3-night stay at the Buena Vista Palace Hotel, which totaled $762. 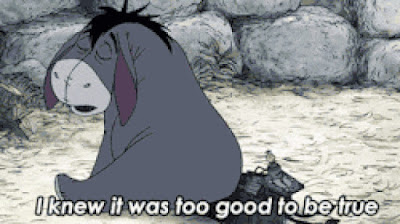 Dirty Disney Hack #5: *Disney has since taken away the employee perk of giving highly priced tickets to total strangers and letting them roam about unaccompanied...go figure. But if you know someone who works there and they have the ability to accompany you around the park while you are there, this could be a HUGE money saver for you!

We were spoiled this first time- the parks were free with the exception of food and gifts. Unfortunately, the Buena Vista Hotel that we were staying at did not have airport transportation and this cost us another $100, which was no big deal because were saving like a million dollars on park tickets.  We spent another $400 that we saved in cash, specifically for this trip on food, gifts and airport stuff....totaling about $1262 including spending money.

Dirty Disney Hack #6: DISNEY MAGIC IS DANGEROUS! You can charge anything right to your happy little Magic Wrist Band without even seeing a bill until you check out of your hotel. We have found that you are less likely to break the bank with impulse Goofy Hat and Princess Mug purchases if you wear a fashionable fanny pack containing exactly the amount of cash you are comfortable  spending. Like this: 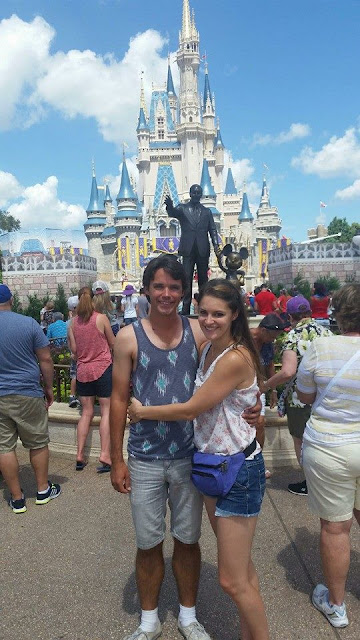 In 2016, we attended Veterans Day weekend for a 3-night stay at the All Star Movie Resort (FREE Mickey's Magical Express to and from the airport for the WIN!) for $1283.36, and bought two adult 2-day Park Hopper Tickets directly from the Disney Parks website for 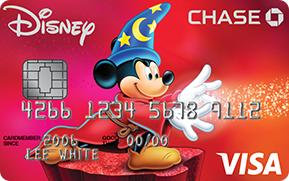 Dirty Disney Hack #7: Chase Bank was offering a Disney Magic Rewards Credit Card, advertising a statement credit of $200 for $500 in purchases within 3-months of opening the account.  We charged the tickets to the card and at the end of the billing cycle, $200 was credited to our account... BOOM!  $362 for our Park Hoppers bringing our total of $1645.

What happens when you calculate Food and shopping into the mix? 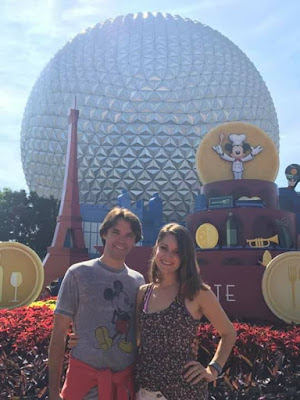 Our last trip was at the tail end of the Food and Wine Festival in Epcot, so we knew we would be spending a little more to indulge in non-crappy park meal options. We fanny-packed about $320 bucks for food and souvenirs and still had enough to still feed ourselves at the airports! This entire trip totaled about $1965 including spending money.


Ok, but the food? How can we make this cheaper?

We have a whopping 3 hacks for you here!

Dirty Disney Hack #8: The Chase Disney Magic Rewards Card was even worth it after the initial credit! We actually charged our upcoming trip on it and have accumulated about $100 in points. We sent away for a redemption card, which we will be able to use like cash for food and gift options in the Parks! 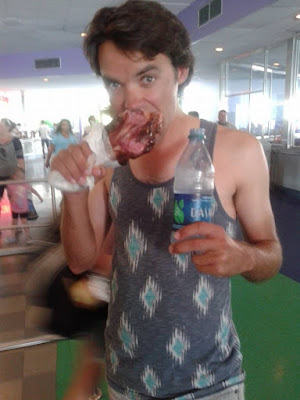 Dirty Disney Hack #9: Most Disney Park food is disgusting and over-priced, like this non-turkey-meat, turkey leg that Devon insists on purchasing, eating a few bites of and then always says, "it's gross," and throws it away 40 seconds and $20 later. This is always followed by desperate search for floss (which is something we now bring to the park in the fanny pack). Instead, save money by sitting down for a real meal in a restaurant in the Magic Kingdom and buy filling food a few times throughout the day so that you don't waste your money. This is less of a problem in Epcot! (If you are REALLY thrifty, you CAN bring your own snacks into the park...but who wants to deal with that.) 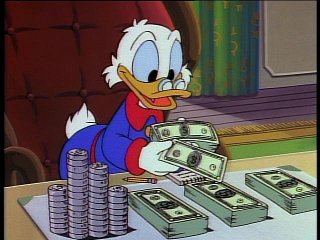 Dirty Disney Hack #10:  Do NOT buy the $4,000,000 water bottles that you will have to toss before getting on a ride 5 minutes later...these add up significantly.  Stands that offer fountain beverages will give you LARGE free cups of water if you ask. Then you won't feel bad about dumping between rides...because it was free and still recyclable.

Our magical journey ends here. We hope you have learned some thrifty Disney tricks that will make your next trip even more magical! So until next time, "ana!"